Purina Cat Chow tapped into both my love for my cats and my vanity with it’s “We Are Cat People” Twitter campaign. That’s a potent combination! They invited people to tweet the reasons why they are cat people, and selected some of those tweets to appear in Times Square. That was pretty neat already, but I was surprised to see that they also took a photo of the billboard and tweeted it back to the submitter. Now THAT is a recipe for increasing engagement! Here’s how it looked: 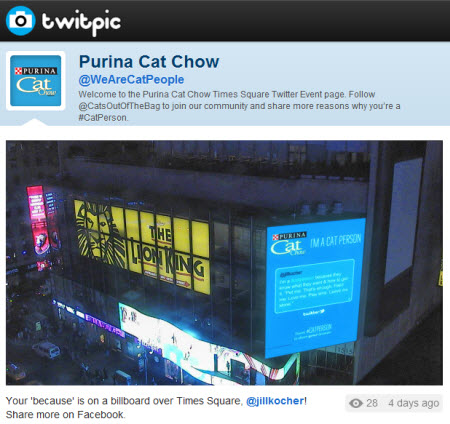